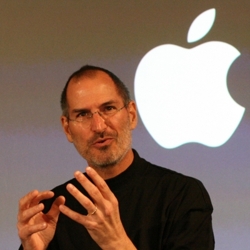 Steve Jobs has resigned as Chief Executive of Apple, to be replaced by its Chief Operating Officer, Tim Cook.

The announcement was made at about 4pm Pacific time in a statement from Apple following a letter from Jobs, who said: “I have always said if there ever came a day when I could no longer meet my duties and expectations as Apple’s CEO, I would be the first to let you know. Unfortunately, that day has come.”

He added: “I hereby resign as CEO of Apple. I would like to serve, if the Board sees fit, as chairman of the board, director and Apple employee. As far as my successor goes, I strongly recommend that we execute our succession plan and name Tim Cook as CEO of Apple….

Whats your take on the new management change in Apple? Lets have your say using the comments section below.

You won't be wrong in defining me as a combination of creativity, humility and discipline. People say I am Young, Smart and Incredibly Intelligent. An outstanding Electrical / Electronic Engineer with a Masters in Artificial Intelligence and Computing. Also possessing great passion for Information Technology and an ever active Delegate at the yearly GITEX Technology Week, Dubai, UAE - The Middle-East's most prestigious Information Technology event.
View all posts by Eta Uso Jr »
« Google buys out Motorola
Glo Mobile Launches Glo Flexi Dynamic Tariff »