Iran To Shut Down Internet Completely 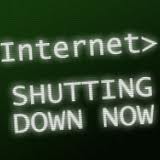 Millions of Internet users in Iran will be permanently denied access to the World Wide Web and cut off from popular social networking sites and email services, as the government has announced its plans to establish a national Intranet within five months.

In a statement released Thursday, Reza Taghipour, the Iranian minister for Information and Communications Technology, announced the setting up of a national Intranet and the effective blockage of services like Google, Gmail, Google Plus, Yahoo and Hotmail, in line with Iran’s plan for a “clean Internet.”

The government is set to roll out the first phase of the project in May, following which Google, Hotmail and Yahoo services will be blocked and replaced with government Intranet services like Iran Mail and Iran Search Engine. At this stage, however, the World Wide Web, apart from the aforementioned sites, will still be accessible.
The government has already started the registration procedure to apply for procuring Iran Mail ID, which mandates authentic information pertaining to a person’s identity, including national ID, address and full name. Registration will be approved only after verifying it against the government data on the particular applicant.

The second and final stage of the national Intranet will be launched in August, which will permanently deny Iranians access to the Internet.

“All Internet Service Providers (ISP) should only present National Internet by August,” Taghipour said in the statement.

For a country like Iran that exercises high levels of government control across sectors, establishing an insulated Internet shouldn’t be too much of a technical hassle. The new system would be more or less similar to the corporate intranet, where one can only access pages approved by the system administrators.

Iranian ISPs already face heavy penalties if they fail to comply with the government filter list. By establishing the Intranet, the government control is set to become stricter.

Foreign sites can still be accessed over the Intranet provided they are mentioned in a “white list” set up by the government. The government is also believed to be planning for better control on proxy servers which allow users to access banned sites.

Unveiling a six-point plan to implement the Iranian Intranet, Taghipour said last March that the Internet “promotes crime, disunity, unhealthy moral content, and atheism,” and that government’s goal is to eliminate the online “scourges.” In October last year, an Iranian official – who called Facebook users a threat to Islamic values –  expressed concern that expansion of social media networks was harming the nation and society.

Describing the blogosphere as one of the “most effective elements of soft war” against Iran, Mehdi Jafari, head of the technology and intelligence section of the Pupil’s Basij militia, said arrogant and imperial powers (like the US) were using social-media sites to push their agenda.

Internet censorship has been in place for quite a long time in Iran as the authorities fear an anti-government revolution like the Arab Spring that rocked countries like Egypt, Libya, Syria, Tunisia, Yemen, Iraq, Bahrain and Jordan. The Islamic regime of Iran has a bad track record with regard to Internet freedom as it has made several attempts in the past to temporarily deny access to the Internet.

Taghipour was added to the European Union sanctions list on Mar. 23, due to his involvement in the human rights violations during the 2009-2010 Iranian election protests. According to the EU, the Iranian Communications minister was one of the top officials in charge of censorship of the Internet and Internet-based activism.

By creating a complete blockade on free Internet, Tehran could be setting a dangerous precedent for authoritative nations that may harbor similar plans in the future. In fact, the Iranian government has already announced its plans to “export” the winning formula for an isolated Intranet to the rest of the world.

You won't be wrong in defining me as a combination of creativity, humility and discipline. People say I am Young, Smart and Incredibly Intelligent. An outstanding Electrical / Electronic Engineer with a Masters in Artificial Intelligence and Computing. Also possessing great passion for Information Technology and an ever active Delegate at the yearly GITEX Technology Week, Dubai, UAE - The Middle-East's most prestigious Information Technology event.
View all posts by Eta Uso Jr »
« RIM Playbook Goes 4G
Facebook Now Owns Instagram At A Cost of $1Billion »