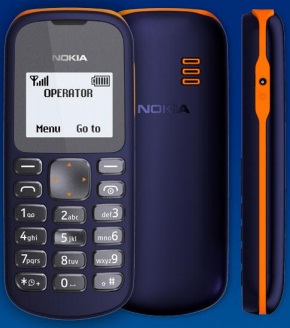 Meet the Nokia 103 – the most affordable phone the Fins have ever manufactured. Announced in Nigeria today, the Nokia 103 will cost just €16 and is aimed at developing markets.

The Nokia 103 runs Series 30 on a 1,36-inch black and white display (how long has it been since you last saw a new device with this type of display?). And with its sturdy, anti-scratch covers and dust resistance the Nokia 103 will be pretty hard to break.

The Nokia 103 will initially start selling in Nigeria, but you can expect it to go global appearance in the coming weeks.

Are you likely to work into a shop and buy the Nokia 103? Lets have your views in the comments section.

You won't be wrong in defining me as a combination of creativity, humility and discipline. People say I am Young, Smart and Incredibly Intelligent. An outstanding Electrical / Electronic Engineer with a Masters in Artificial Intelligence and Computing. Also possessing great passion for Information Technology and an ever active Delegate at the yearly GITEX Technology Week, Dubai, UAE - The Middle-East's most prestigious Information Technology event.
View all posts by Eta Uso Jr »
« Wireless Providers Now To Disable Stolen Phones
Google Drive Unleashed »