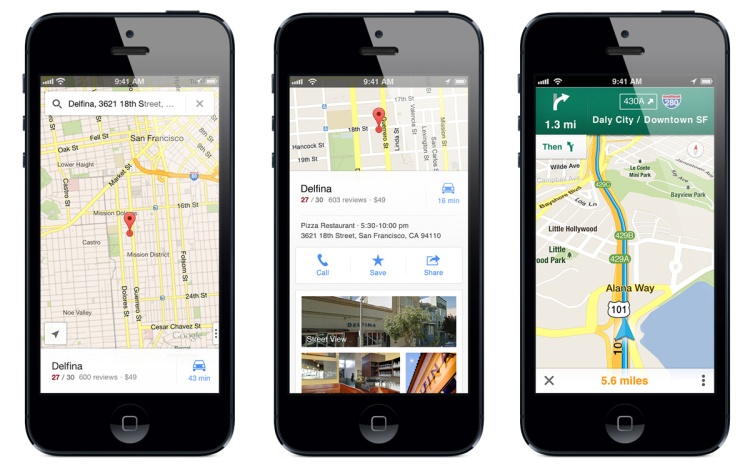 Google Maps now easier to use at night.

Anyone who’s used Google Maps in the dark knows how tough it can be on the eyes.

Google Maps has always had a blinding white interface that made it hard for drivers to adjust from looking at the screen to looking at the road. Turning away from the bright light into a pitch black distance could cause temporary vision loss.

Now the tech giant finally introduced a fix for that problem: Night mode.

Google just rolled out the update for iOS users, although Android phones have had the setting for years now.

Google Maps has always been stronger than Apple Maps when it comes to mapping and public transport directions — but Apple actually had night mode for its maps app well before Google.

Google has monopolized the navigation market for a while, but Apple has tried to catch up, finally adding transit directions and a “Nearby” feature which flags businesses and landmarks.

Not to be outdone, Google upped its information game. Now it tells users when a local business is most crowded for a business so they can avoid the busiest times.
The newest version of Google will let users label places so they show up on their maps as well as in their search suggestions.

You won't be wrong in defining me as a combination of creativity, humility and discipline. People say I am Young, Smart and Incredibly Intelligent. An outstanding Electrical / Electronic Engineer with a Masters in Artificial Intelligence and Computing. Also possessing great passion for Information Technology and an ever active Delegate at the yearly GITEX Technology Week, Dubai, UAE - The Middle-East's most prestigious Information Technology event.
View all posts by Eta Uso Jr »
« New Dubai Complex to Shatter Five World Records
Pandemonium as Nigerian Banks Limit International POS/ATM Transactions to $300 Per Day »